NEW DVD IS OUT!

Support me in recording my first solo album!

It is often thought that the Italian opera reached the Russian empire for the first time in 1731, when Giovanni Alberto Ristori’s Calandro became the first Italian opera performed in Moscow to celebrate the coronation of Empress Anna. But few people know that the foundations for Italian opera in the Russian Empire were laid 2 years earlier … in Ukraine. It is in the Ukrainian town of Hlukhiv – which was then the capital of the Ukrainian Cossack Hetmanate – that Empress Anna ordered the establishement of the Hlukhiv Singing and Music School. This school was to train future singers, musicians and composers for the Russian Imperial Court. Why in Ukraine? Because, like Italy, Ukraine was known for its exceptional musicality and vocal talent. One of the most illustrious students of the Hlukhiv School would be Dmytro Bortnianskyi, a boy whose voice was so beautiful that he was sent to sing and study further at the Imperial Court when he was only seven years old. Arriving the Imperial court in 1758, the young Ukrainian prodigy studied music and composition under the director of the Imperial Chapel Choir, the Italian master Baldassare Galuppi. When Galuppi left for Italy in 1769, he took the boy with him. In Italy, Bortniansky gained considerable success and, composed, among other works, three operas on Italian libretti: Creonte (1776), Alcide (1778), and Quinto Fabio (1779). He also composed sacred works in Latin and German, both a cappella and with orchestral accompaniment (including an Ave Maria for two voices and orchestra).

Being a native of Ukraine myself, I am very excited to sing the title role in Dmytro Bortnyanskyi’s opera Alcide, composed in 1778 on a libretto by Pietro Metastasio and premiered in Venice in the same year. The premiere is on 11th September and you should definitely consider coming to the beautiful city of Lviv to see it! https://opera.lviv.ua/en/

I also dream of recording my first solo album which will include arias by Bortnianskyi interwoven with arias and music from operas that influenced this illustrious Ukrainian and Russian opera composer. Such an undertaking is expensive and I am asking everyone who is excited about this unique project to help me raise the necessary funds. The name of every single person who donates will be printed and acknowledged in the digital booklet that will be prepared for this album. You can donate at https://gofund.me/4619714e

I thank my friend and fellow Ukrainian, Olena Prokopovych, for additional research assistance! 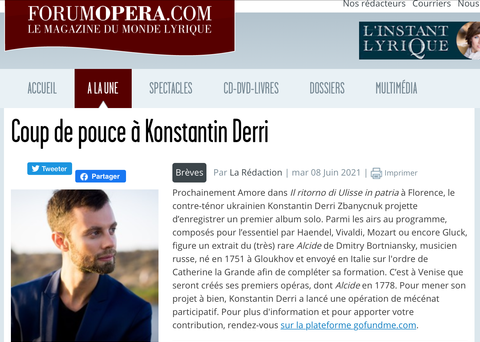 -"His possesses a refined and agile voice, which he used to phrase the vocal line with a great deal of skill and delicacy, and produced a very pleasing sound. " – Operawire

"In the role of Baoga, who worked in the harem, was countertenor, Konstantin Derri, who produced an exceptional portrait of the eunuch. His produced a strong acting performance, which was finely tuned to those with whom he interacted; his opening scene with Dirce was expertly crafted as they both fooled about on stage! He has an expressive and versatile voice, which he used to bring depth and interest to the role." 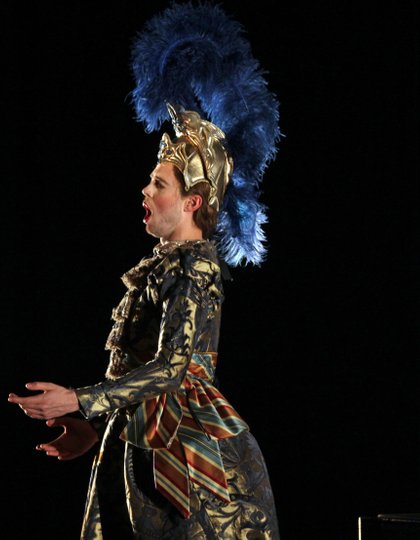 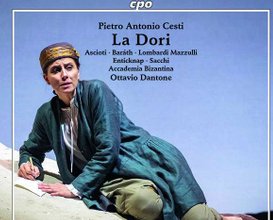 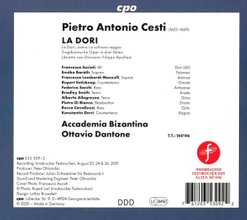 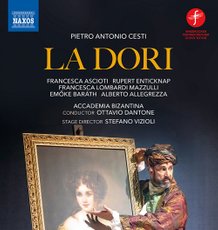 Konstantin Derri is a countertenor winner of the second prize at the 6th INTERNATIONAL SINGING COMPETITION FOR BAROQUE OPERA, PIETRO ANTONIO CESTI. 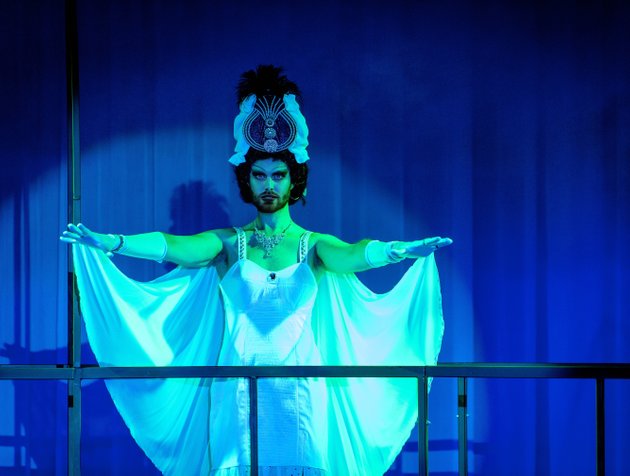 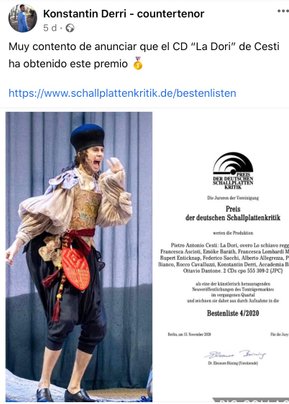